Anytime unisex footwear's are mentioned, they're automatically assumed to be sneakers. However, they're over a thousand other unisex footwear available for kids. Unisex footwears are usually very comfortable and attractive for both genders. 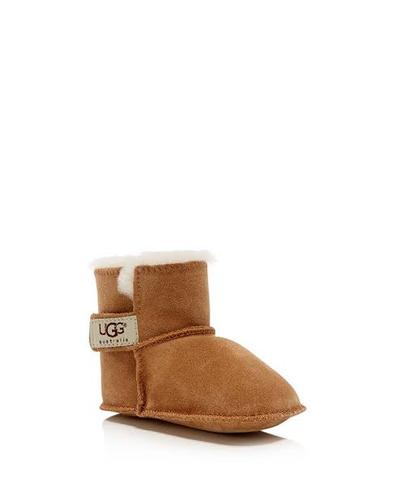 Anytime unisex footwear's are mentioned, they're automatically assumed to be sneakers. However, they're  over a thousand other unisex footwear available for kids. Unisex footwears are usually very comfortable and attractive for both genders. Almost every footwear brand has a unisex collection, making it easy to purchase. There several footwear out there that are unisex apart from sneakers, here are 5 of them:

Crocs: Crocs as a brand keeps expanding by the season, however, no matter how big this brand expands, Clogs are still one of the top selling collections of the brand. This is worn by both boys and girls, just like it is for both children and adult.

Ugg: Ugg are bought based on sizes not gender, cause it's one for both boys and girls. Like every other unisex shoe, uggs are comfortable, cute and fashionable.

Slides: There's a reason why girls can wear their brother's slides and look good in them. It's cause slides are meant for both genders. That's right, slides does not belong to the male gender alone.

Sandals: While most sandals can be gender specific, usually cause of the design and difference in shape of the feet. There are sandals that can be worn by both genders. This is specifically common for babies and toddlers because there are little or no changes in the shape of their feet. Plus they are not "choosy".

Boots: Do you realize that in the army they wear the same military boots? No matter the gender. How about hiking boots, they're the same for both male and female. Same thing for ankle, calf and leather boots. While there are gender specific boots for both the male and female, with the female's having higher heels. Certain association will still have both gender in the unisex one preferably.

Unisex footwear/items are advisable to get when shopping for unborn kids, this way, it's used for a long time.

Your E-mail has been sent. We will be in contact with you soon.

Please refresh the page and re-submit the form.

SORRY
Your content caused an error and your email has not been sent.
Please remove any unusual characters and try again